As we get closer to the release of The Art of Nothing (the MUTTS 25th anniversary book which will be available this fall), I’d like to express my gratitude toward spiritual teacher Eckhart Tolle, who kindly wrote the foreword for the book.

I began following Eckhart’s work in 1999, after being compelled to pick up a copy of his book The Power of Now.  I found myself moved by its message, told with directness and simplicity, and which inspired several MUTTS strips. Then, in 2008, Eckhart was interviewed for Modern Dog Magazine. In it he said, “I believe that dogs fill a vital function in the collective consciousness of humanity. I would call them ‘the Guardians of Being.'” That resonated deeply with me. I proposed a book idea combining his quotes with my art. Eckhart was gracious and agreed to collaborate. And so our book Guardians of Being was born.

As a longtime admirer of Eckhart’s teachings, it was an honor to work with him then — and it is an honor to include his words in my upcoming MUTTS anniversary collection.

I recently returned from a trip to southern Africa, truly an experience of a lifetime. It made me even more appreciative of the African countries that have set aside so much space for wildlife. While there, I saw so many thriving species of animals and birds: elephants, baboons, giraffes (my favorite), lions, leopards, mongoose, eagles, and owls, with the vast majority taking care of their offspring. Every moment was sheer joy, and, yes, I took a thousand photos … It reaffirmed my commitment to appreciate the beauty of this planet and to do all I can to keep the world’s animals safe.

Did you know that a group of giraffes (standing still) is called a tower, but when they are traveling, they are called a journey? And a herd of zebras is known as a dazzle?

I’m sure Mooch will be dreaming of Africa in the strip again soon. 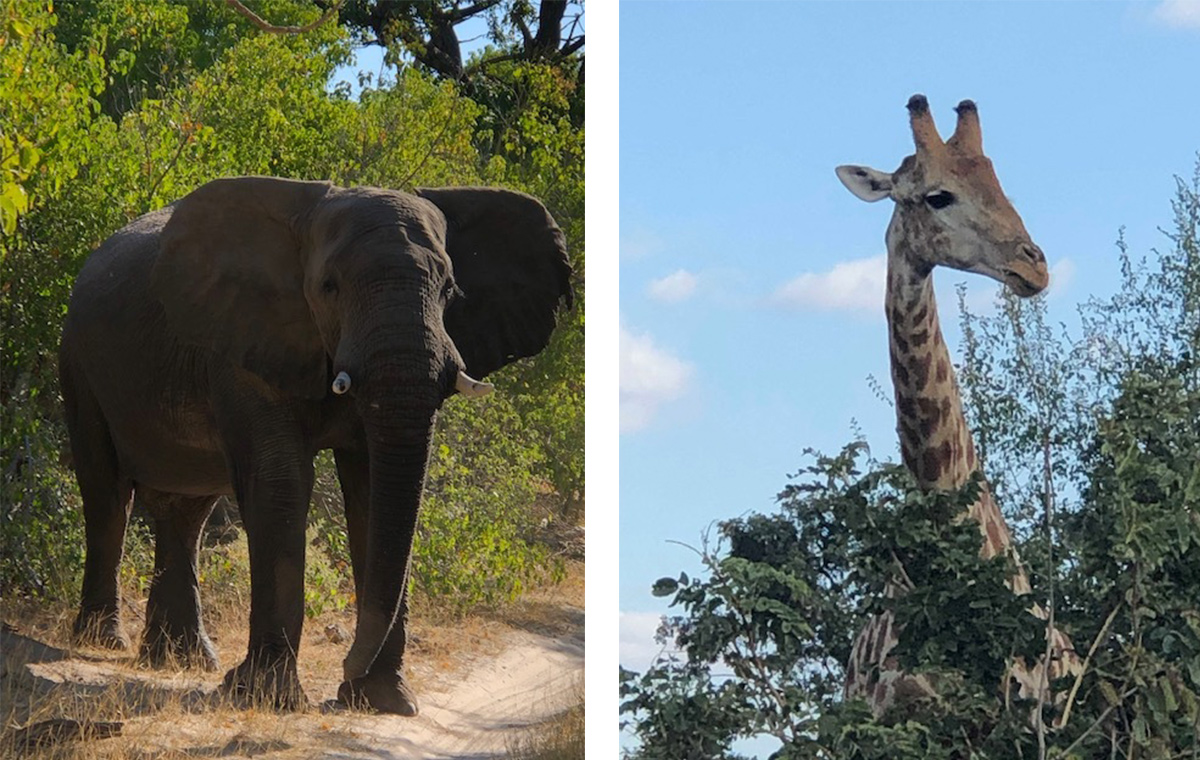 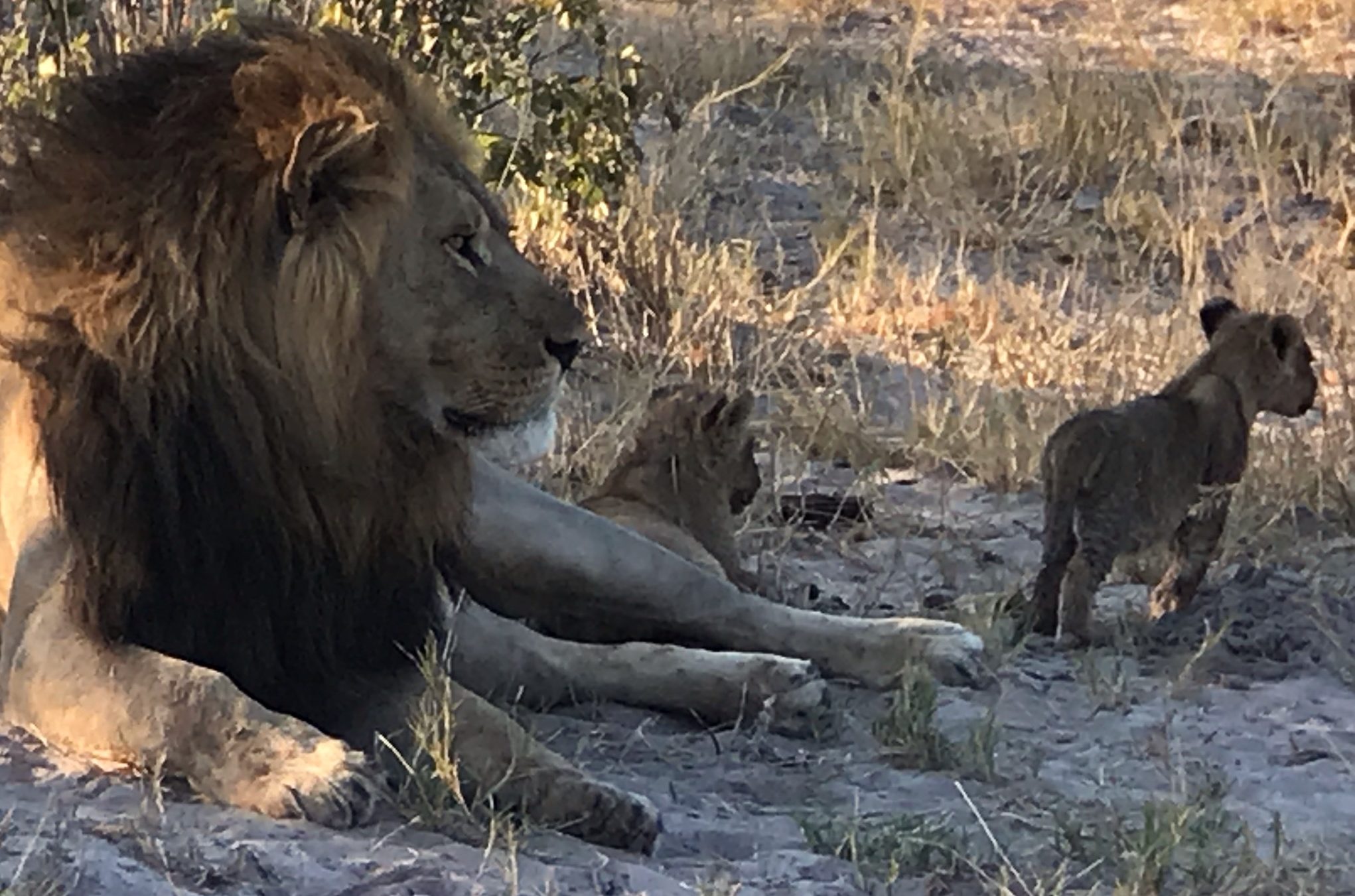 I’m enthused to give a shout-out to The Bark, an award-winning magazine about modern dog culture. Published quarterly, it is available by subscription and at Barnes & Noble, Whole Foods, and PetSmart stores. You can sign up for The Bark‘s weekly free e-newsletter, in which you just may find Earl and Mooch!

At the end of my last letter, I asked what kind of animal-related activities you had planned for the season. Thank you to the many readers who set aside a few moments to respond. It was a treat to learn about the summertime activities you are sharing with your animal friends.

With all this talk of books and magazines and newsletters, I’d love to know what you are reading this summer. Looking forward to hearing your new (or classic) recommendations!

Bless you & your boys & your love for them. My precious Nomy had to deal w/ kidney problems, too.

I have a few books on my summer reading list. I am finishing “Tribe” by Sebastian Junger – non fiction book about how belonging to a small group satisfies basic human needs especially during difficult times such as war, disaster and emergency situations. I also just bought 3 books by Jon Katz about his experiences with his dogs. I read one last summer called “A Good Dog” in which he wrote about loving and understanding an anxious dog right after I adopted a 10 yr old anxious/fearful/lunging dog. I also read one classic each summer and this year I got Dr. Jekyll and Mr. Hyde out of the library. That might be about my dog too because Edward is a playful cuddly love-bug with immediate family but he turns into the Tasmanian Devil when someone enters the house or when he hears someone’s voice through the cell phone. I also have ’Indianapolis: The True Story of the Worst Sea Disaster in US Naval History." The title explains the entire book. I am a fan of that ship and read every book about it.

Thanks for the recommendation, Laura! I just ordered it from my local library!

I too love giraffes and elephants the best. Elephants because of the love they have for each other and for those that care for them. Their ability to understand death, and mourn. Giraffes I love because they are such an improbable animal. Something you’d see in a book of imaginary animals. But for reading this summer, I believe Sheri Tepper’s book The Companions, is due for another reread. This SF book gives me something new each time. It’s about a future earth, and an order that all animals must be killed to allow more air for humans to live. But a group is dedicated to finding a home for them among the stars. Told in part through the eyes of the dogs (by this time only companion animals are left – wild animals are long gone). It’s different, unique, and fascinating, as all her books are. Here’s a link to an in-depth review I found which highlight the animals POV: https://dogpatch.press/2016/05/17/the-companions/

Put the Dude Abides image on a t-shirt, please!

Patrick, You are so fortunate to go to Africa!! Thanks so much for sharing with us. I enjoyed your pictures very much!

Every single day when I open my eyes I see Chick Savoy and Olive Olay and my heart sings. (I do read constantly – but sad animal books are too sad. and I prefer live animal photos). We have an adopted Bengal tiger in honor of the 7 cats we have loved and mourned. And to honor the katz (who are now four). I wish Jules and his creator would consider this little wonderful boy as a perfect creature to save the very endangered tigers. Bengal, Sumatran and all the others who are hunted and killed for the happiness of humans. Shtinky might help this stop. He certainly has the will. The knock knock series was wonderful, btw. The pleasure of Mutts, for me, is unending.

I love to start and end my day with my two brother cats who we adopted through Feral Cat Foundation about 15 years ago. Because they are now starting to have renal “issues”, they teach me to really treasure the daily moments with them. I make their food now using a special pre-mix for cats with kidney concerns, my own meat, canned pumpkin, salmon oil and water. I can’t give them additional animal protein treats anymore but they have taken to little bits of avocado and hard boiled egg yolk very well. Each Mutt strip makes me smile and I love the new tshirt with Mooch on it that says Cats Books, Thank you for making the world better for all living things.

What a life enhancing experience Africa must have been!! I’d find it difficult to choose a favorite out of all the amazing and magnificent African wildlife, but elephants and lions have a special place in my heart. Right now I’m fully engaged in kitten raising. A beautiful black cat recently adopted us along with our outside cat, who also just showed up one day and adopted us. When we took her to the vet we found that she wasn’t chipped AND she was pregnant. So, now we’re loving the daylights out of mama cat and three precious babies. Two will stay here and one will go to a friend to keep her newest cat company. So, reading and knitting and kittens are on my summer list! Reading The Boys in the Boat these days. What a story. Thanks for starting my day off with a smile every time I read the day’s Mutts. We have a Mooch look-alike (one of the inside cats) and the personality is eerily similar.

I serve on the Board of the local library here in Santa Fe. I organized an annual World Migratory Bird Day in April 3 years ago and last year, I organized our first annual Dog Days of Summer, our event this year is on July 20. We are having small dog adoptions, therapy and assistance dogs there to show what a wide variety of skills they have, along with people to talk with about how to keep your dog safe at home so it does not run away, how to have a safe encounter with snakes and coyotes and a ranger from our local National Park Service’s National Historical Monument to discuss how dogs are welcome on the hiking trails if they behave in specific ways. I have been to southern Africa three times and my favorite animal to watch is the African Wild Dog (aka, Painted Dog). So endangered and with a unique culture in their pack. I have loved them since the 1983 song Africa, by Toto (another famous dog!)