Patrick McDonnell is the creator of the animal-friendly comic strip MUTTS, which has received numerous awards internationally, both for comic strip excellence and for its themes of animal protection. Charles Schulz called it “one of the best comics strips of all time.” Prior to creating MUTTS, Patrick was a freelance magazine illustrator for multiple publications, including the Russell Baker “Observer” column for The New York Times Sunday Magazine. His solo painting exhibition Side Effects: Paintings by Patrick McDonnell 2016-2021, opened at the Urban Arts Space in Columbus Ohio on August 3, 2021. 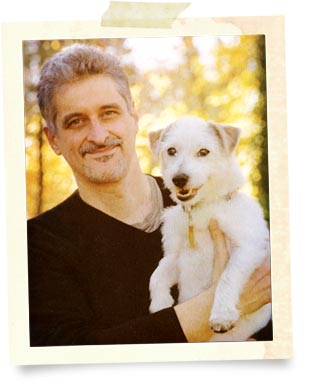 Patrick has produced ten picture books, two of which have been adapted for the Kennedy Center stage. The Caldecott Honor-winning Me...Jane (a biography of Jane Goodall) debuted in 2017 and was nominated for five Helen Hayes Awards, and The Gift of Nothing was awarded one for Best Play or Musical Adaptation. His book MUTTS Shelter Stories – Love. Guaranteed. is a collection of his shelter-themed MUTTS strips along with stories of real-life shelter adoption successes. He has collaborated on books with author Eckhart Tolle (Guardians of Being) and with poet Daniel Ladinsky (Darling, I Love You). Currently, Patrick is working with His Holiness the Dalai Lama on Heart to Heart, a book centered on the environment, animals, and compassion. It will be published by HarperOne in fall 2022.

Me...Jane is currently under option agreement with Cartoon Saloon, slated to become a children’s TV series, and MUTTS is under agreement with Disney for a feature-length animation. 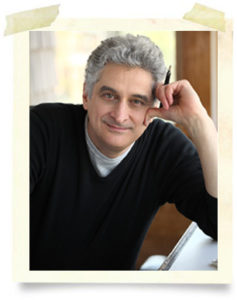 Patrick uses MUTTS to advocate for the environment and all animals, and to support animal welfare. Dog Fancy included McDonnell in its top 25 “Dog World Changers.” The MUTTS characters appear on New Jersey Animal Friendly license plates and in animated Public Service Announcements for the Shelter Pet Project. McDonnell was filmed for an episode of PBS’s Shelter Me, where he created shelter-themed MUTTS comic strips based on his observances while working alongside the shelter staff at the ACC of NYC.

Patrick was a member of the Board of Directors of the Humane Society of the United States for 18 years and currently serves on the boards of the Fund for Animals, the Charles M. Schulz Museum, and D&R Greenway Land Trust.

He resides in New Jersey with his wife Karen, along with their rescue dog and formerly feral cat.