It was January of 2016 when Donna Kriebel spotted a white cat in a warehouse parking lot during her morning commute through Youngstown, Ohio. On her way back a couple hours later, the cat was still there, so she picked up some food and returned.

“I was going to rescue a single white cat,” she says. “At least, that’s what I thought. I went to the edge of the parking lot (since there was a gate), and as soon as I put the food down, three more cats came out. I thought, ‘Holy mackerel! What’s going on here?'” 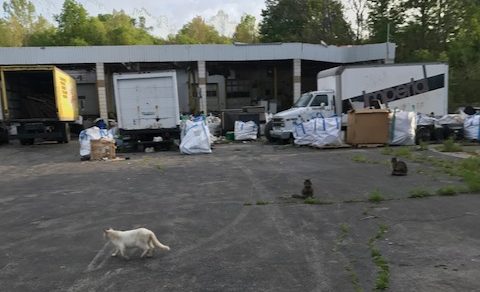 Donna didn’t bring any of the animals home with her that afternoon, but she continued to visit them — with food in hand — over the next few days. Eventually, on a day when the gate was open, she pulled in and asked to speak with the owner of the property.

“I asked about the cats, and he guessed that there were around 12 or 14 hanging around. So I got my ducks in a row, and since then, I have TNR‘d 55 ferals from that area. There have also been some drop-offs and kittens, plus a few orphan cats who I suspect were abandoned at some point by their guardians.”

Over the last 16 months, Donna has counted 104 cats who’ve passed through her hands. “Some are TNR’d and brought back outside, but some of the friendlier ones have found forever homes … Often I think to myself, ‘I was only trying to rescue one white cat!'”

Donna’s rescue efforts are remarkable, of course, but what’s even more inspiring is that when it all started, she had very limited knowledge about what it takes to care for or rescue feral cats. Or as she puts it: “I knew nothing. I didn’t realize the difference between domestic and feral cats. I’d heard about TNR but had never done it, so I reached out to a local rescue. They helped with nine of the cats, and there was a gentleman who assisted me with some of the traps.”

Donna still visits the colony twice a day, and the owner of the building where they gather has since given her a key to the gate. With the help of her husband Randy, she’s set out hand-built feeders and winter shelters, and also fosters some of the cats in her own home. 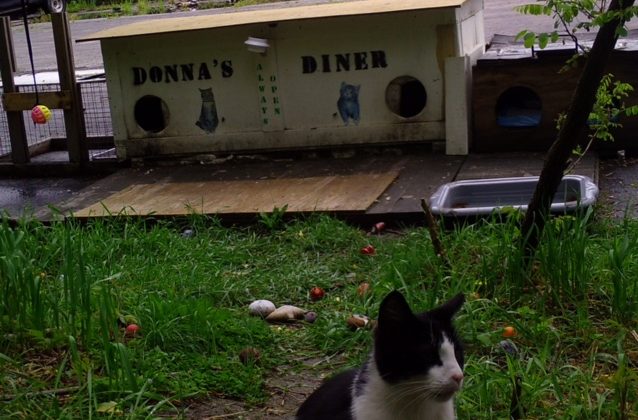 She also conducts a lot of independent research. Cat-related Facebook groups have been helpful for understanding more about ferals, she says, and YouTube is where she and Randy learned how to build shelters. “I’m constantly learning and evolving. Right now I’m fostering a dozen cats. One is six days old, and there’s another I’m treating for ringworm.” 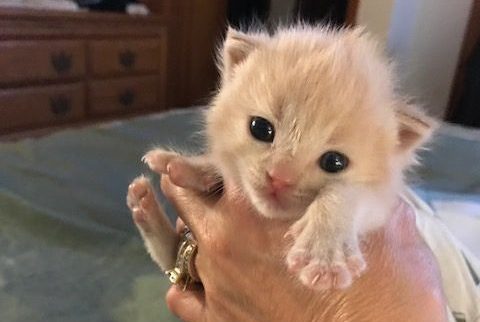 “Sometimes Randy asks me, ‘Don’t you think you need a break?’ But how could I? I visit the cats every single day. And rain, snow, sleet, it doesn’t matter — they wait for me. I wouldn’t want to spend my days any other way.”

Want to learn more about Donna? Check out this interview at Three Chatty Cats or follow her on Instagram at instagram.com/feralcatcolony for lots of kitty pictures and updates!