Ever wonder who’s responsible for shipping our awesome MUTTS merchandise? That’s Joe Biondo, our always-upbeat teammate who keeps the MUTTS warehouse organized and running smoothly. Retired from a long career in facilities management, he’ll celebrate his one-year anniversary at MUTTS next month!

Recently, Joe and his wife helped provide shelter and healthcare to an adorable family of feral cats. One day a few weeks ago, he looked out the back door of their home to see a couple of stray cats running around on the deck. A few days later, he looked again and saw that they were both still there — along with the addition of four brand-new kittens!

“Well, what do you do?” Joe says with a laugh. “They were so small, and I could see the mother out on the deck nursing them.” For advice, Joe consulted other MUTTS team members, including Patrick’s wife Karen, who put him in contact with the Monmouth County SPCA (MCSPCA).

Working in coordination with the MCSPCA, Joe and his wife attempted to capture the family of feral cats. (Joe even built a special trap using some spare building materials! See below.) 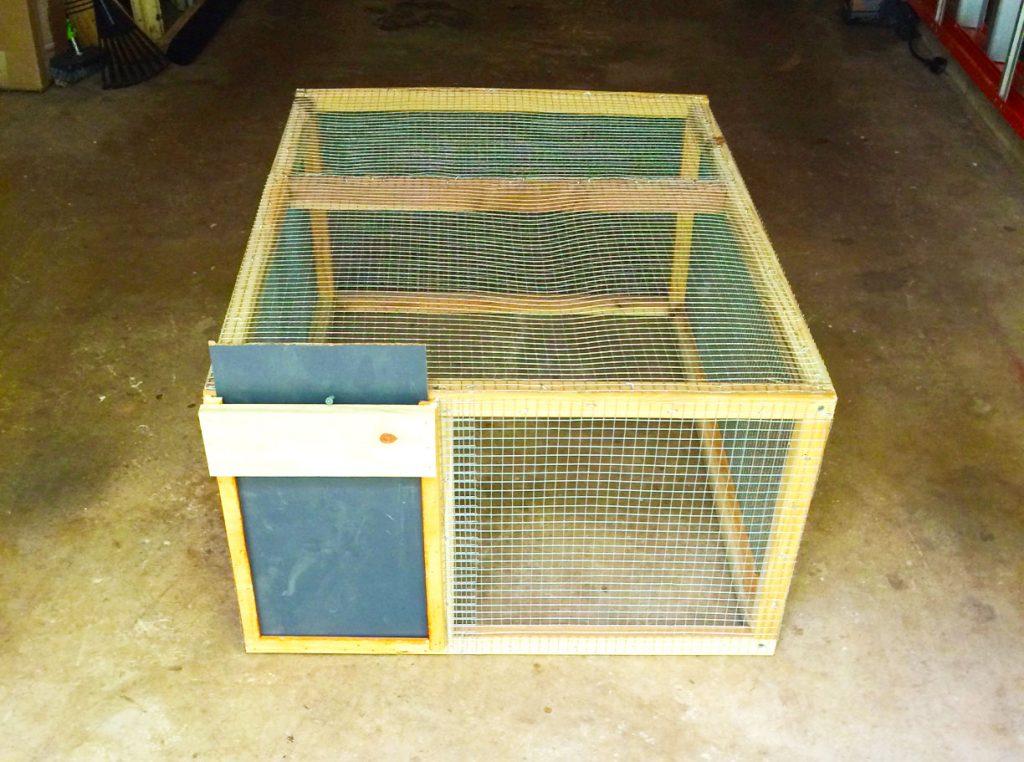 “We captured two of the kittens, and we tried to domesticate them — by holding and petting them, and sitting with them until they got used to us — but they just weren’t adapting well.”

Because the kittens couldn’t be domesticated, a representative at the MCSPCA asked if Joe and his wife would be open to its trap and neuter program. “That’s where they take feral cats, neuter or spay them, and bring them back to you,” Joe explains. “You just have to feed them and give them a comfortable environment, and they’ll stay on your property.”

They agreed, and successfully captured all but one of the cats. (They’re still working to trap the last kitten.) And to help make life even more comfortable for their furry friends once they returned from the shelter, Joe also built two little wooden houses. “They have a flip-top roof so that you can clean them out, and you just put a straw bed down for the animals. They moved in on the first day.” 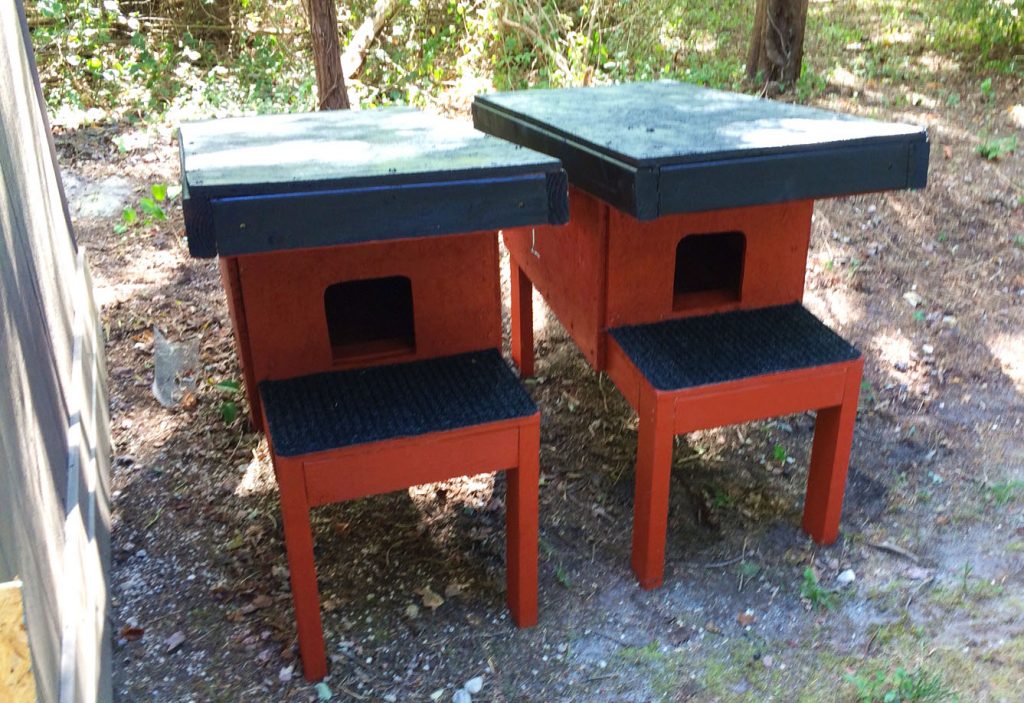 Joe says that since then, he and his wife have enjoyed the company of their new tenants. “They’re not dirty at all, and we’ve noticed that we haven’t had any groundhogs since they came around. We also used to see the occasional field mouse, and we haven’t seen any of those, either. So this isn’t a bad arrangement!” 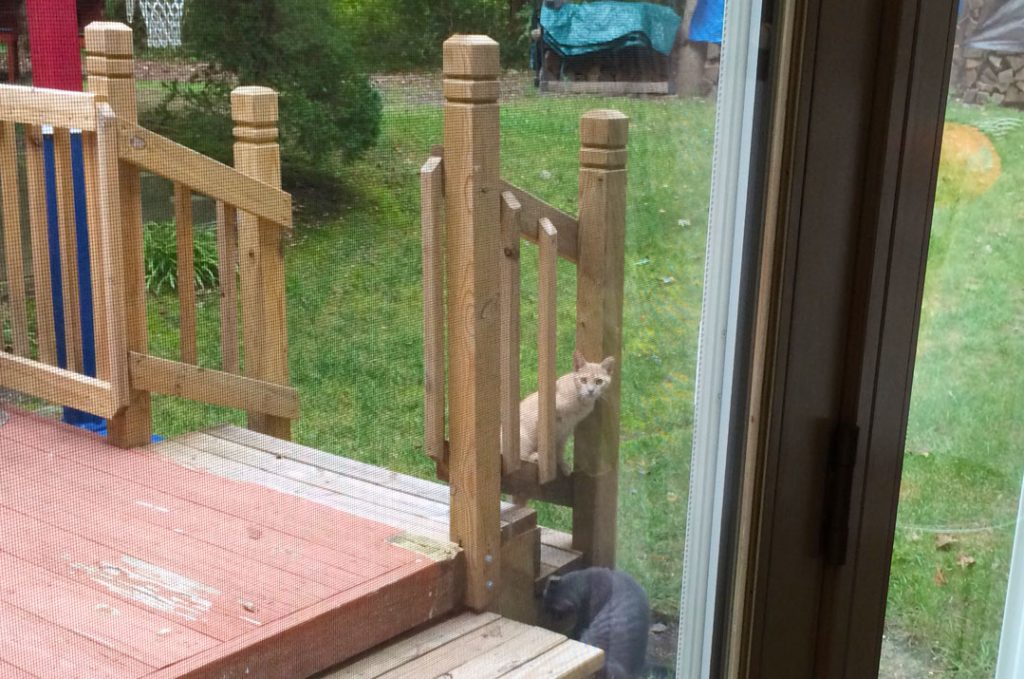 “It’s kind of neat. We’re an older couple, and we’re by ourselves, so we’ll just sit at the back door and laugh at some of the things they do. They play, they sit on our outdoor swing chair, they eat the food we give them, and then they go about their business. We’ve even given them names based on their personalities.”

“The MCSPCA helped us so much, and we recently made a donation to the organization,” Joe says. “And once we get the last kitten settled in, we’ll make another. It’s really a worthwhile cause.”

Want to stay updated on all MUTTS news? Visit our homepage to sign up for our email list, and to have the MUTTS daily strip delivered directly to your inbox!