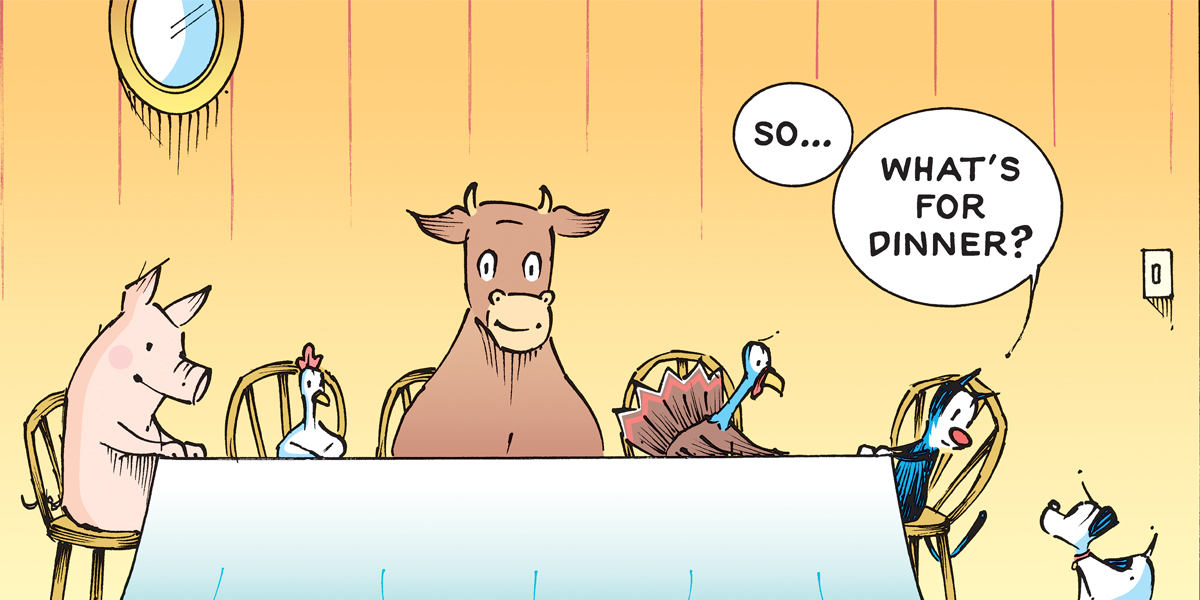 We at MUTTS were thrilled last week when animal lover and thought leader Oprah Winfrey pledged to participate in the Humane Society of the United States’ Meatless Monday campaign.

Oprah made the announcement on Twitter — and encouraged her 33.6 million followers to take the pledge, too — after HSUS President Wayne Pacelle appeared as a guest on her inspirational series “SuperSoul Sunday.”

In the episode, Wayne discusses his new book The Humane Economy, in which he examines multiple companies’ animal-friendly business models. (For example, he describes how the life-saving missions of Petco and Petsmart to support shelter and rescue adoptions — instead of dog and cat sales — have helped millions of homeless animals find their forever homes.)

On the show, Wayne also reflects on spiritual principles regarding humanity’s interconnectedness with other species, and encourages viewers to “make simple choices in their lives that are immensely significant for animals.”

One of those simple but significant choices, he says, is to participate in Meatless Mondays. And we agree! Sure, it sounds small, but if everyone in the United States went meat-free just one day a week, it would save 1.4 billion animals from factory farming. That’s HUGE.

MUTTS creator and HSUS Board of Directors member Patrick McDonnell, along with the rest of the MUTTS team, encourage you to join Oprah and take the Meatless Monday pledge. It’s easy, it’s fun, and it even fits this month’s MUTTS Manifesto: “To make humane choices.” Most importantly, though, it’s helping to make the world a more compassionate place, one day and one animal at a time.

Want to stay updated about MUTTS and other animal-related news? Sign up for our daily email on the MUTTS.com homepage!