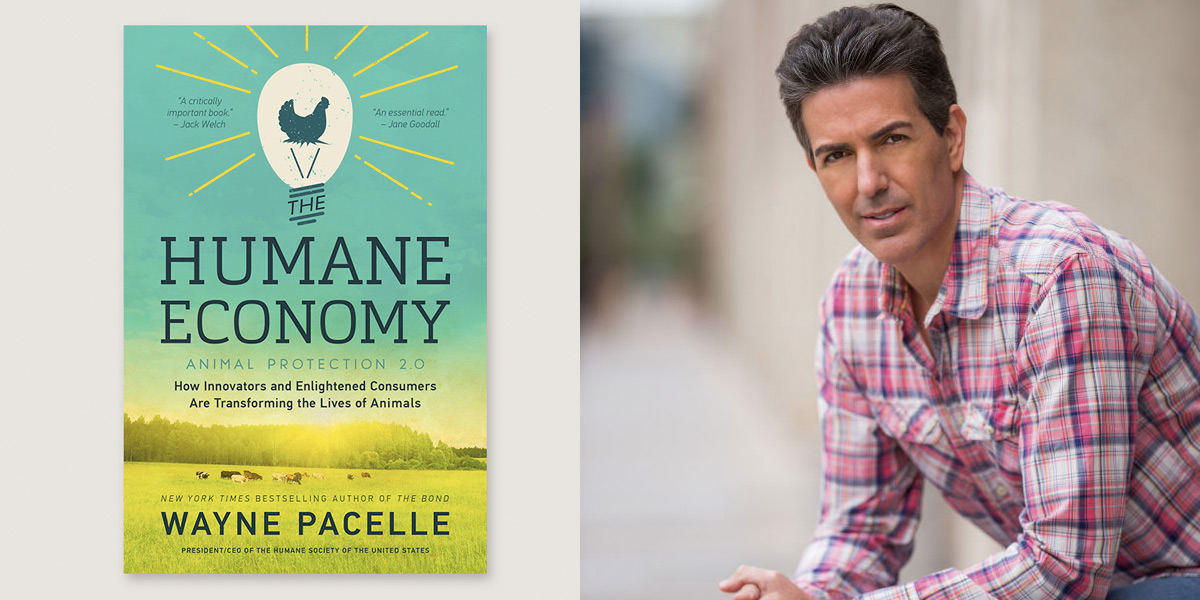 Join Wayne Pacelle, President & CEO of the Humane Society of the United States, and Patrick McDonnell, author of the MUTTS comic strip, in conversation about Wayne’s new book The Humane Economy: How Innovators and Enlightened Consumers Are Transforming the Lives of Animals.

In The Human Economy, Wayne devotes his attention to animal protection issues, and illustrates how companies gain an economic edge when they develop animal-friendly ways to work humanely and more efficiently.

During his 17 years with The Humane Society, Wayne transformed the organization from what was once simply regarded as a protector of dogs and cats into a dynamic public force and voice for all animals. He amplifies that voice through the publication of The Humane Economy.

Using examples, Wayne describes a revolution in American business and public policy that is changing forever how we treat animals and conduct commerce.

This informal conversation led by Patrick, an avid animal lover and board member of The HSUS, will explore how companies as varied as Petco, Walmart and Chipotle — and government entities like the National Institutes of Health — are transforming the way they see and use animals.

Copies of The Humane Economy (Pacelle) and MUTTS Shelter Stories (McDonnell) can be preordered from jaZams (ph. 609.924.8697) and will offered for sale at the event. Wayne Pacelle will be available to sign books and answer questions both before and after the conversation.

Want to be in the know on all the MUTTS news? Sign up for our Daily MUTTS email on the MUTTS.com homepage.