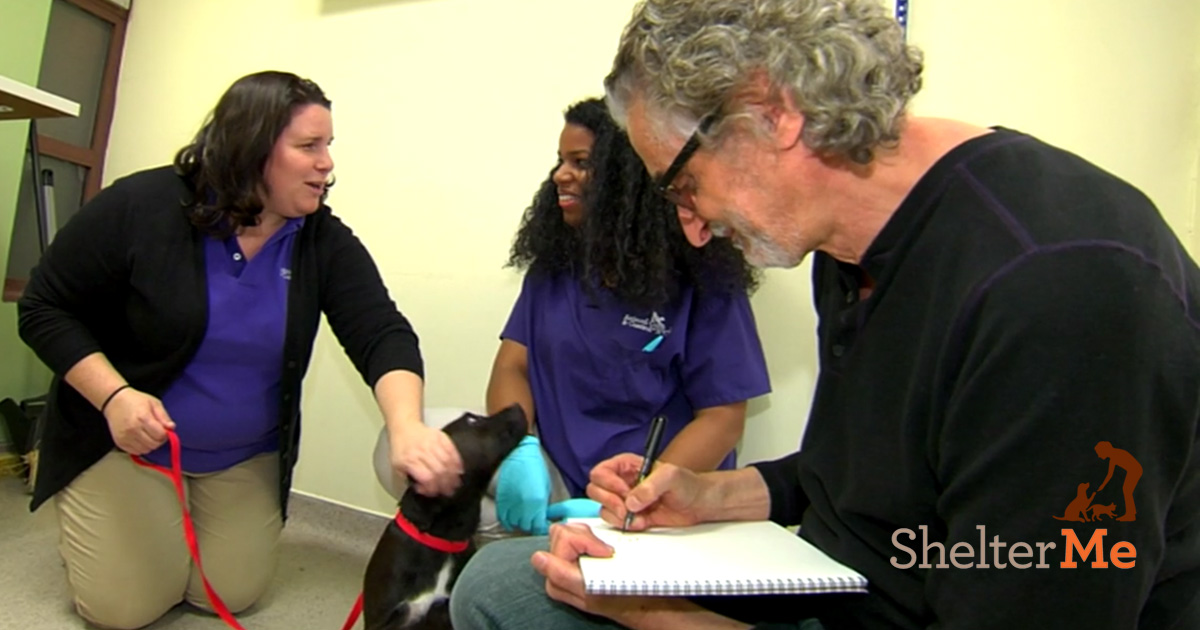 In late 2015, Patrick McDonnell visited New York City’s only public, open-admissions animal shelter, Animal Care Centers of NYC (ACC). His time hanging out with real life shelter pets inspires a new week of Shelter Stories for his beloved MUTTS comic, which are running the week of February 1, 2016. His trip was also filmed as part of the national PBS series, Shelter Me, and will air in May 2016.

“I wasn’t sure what to expect when I arrived at ACC of NYC, but what I found was dedicated, driven staff and volunteers, actively involved rescue groups, a supportive community, and adoptable, loving animals,” said McDonnell. “ACC is rapidly becoming a role model for large-scale city shelters, and NYC should be proud of all that has been accomplished. It was an uplifting experience and led me to create a series of MUTTS strips based on my visit there. My hope is that by telling these stories, readers will be inspired to support their local shelters and to adopt a new best buddy.”

Shelter Me is an inspiring PBS series that celebrates shelter pets by telling positive and uplifting stories. The project also includes a website—ShelterMe.com—that enables anyone to create and share profiles of shelter pets to help increase adoptions. Shelter Me works closely with other animal welfare organizations to implement effective spay-neuter and humane education programs in communities and progressive initiatives at animal shelters. Halo, Purely for Pets is a founding sponsor of the Shelter Me series.

Stay tuned to MUTTS.com to learn about how YOU can be a part of the show’s premier event in New York City! Follow us on the MUTTS website and on Facebook for contest details coming soon. Make sure you don’t miss out on anything, by signing up for The Daily MUTTS email on the MUTTS.com homepage.